It’s been WORDSnTUNES’ good fortune and privilege to see Rakim at most of his recent NYC shows. We have consequently interviewed him several times and have photographed every one of those shows.

Now, after a long pause Ra drops a new single, It’s Nothing, produced by DJ Static. It will be a part of the Live at BB King’s DVD, to be released shortly. His album, 7th Seal, is almost completed and should grace fans later this year. Whether you’re a huge fan of Rakim’s music or just heard a few of his classics, this new song is a must for you. His confidence of God MC pours straight through the lines and his words could not be truer. Not to offend sense and sensibilities of old school fans, but this track rivals and potentially even overwhelms his previous work. This is not just a song by a classic Hip Hop MC. This is so much more than that.

Stuck in the time of drought,

Nothing to rhyme about…

Right away Ra talks about changes in the music scene of today.

Who put the fire out?

Real Hip Hop is dying out…

Sounding almost like KRS-1, The Teacha, he doesn’t get stuck on preaching and interjects himself into the mix:

It may not be Dr. Dre’s Detox, but 7th Seal is without a doubt one of the most anticipated albums at this point.

Let me finish where Nas left off…

Unlike Nas Ra is not just making statements with titles, he actually talks about the issues in the song itself. Also, unlike Nas he talks of his recent experience, not reminiscing:

I went to LA to get with Dre…

I guess it wasn’t meant to happen…

No bitterness or placing blame, more of a looking forward view here.

A lot of dudes hope that I lose, but it’s cool baby

This is hell and hell is where the storm is…

Trust, Ra brings pure power here, this song is not an attempt to talk of the glory gone.

He even gets political without mentioning Obama.

And then just so you don’t forget that he sells out venues all over the world and in the US, he reassures:

My wrath is still enormous…

He reminds that it was noone but Rakim that invented the way people rap nowadays:

Of course talking of his love for the craft, loving the mic and not needing a pen and paper to say what he’s got to say is there too. And the ending words are just the perfect cap:

The song definitely has the stamp of today – there is an R&B vocal doing the chorus. Still, it breathes power, exudes confidence and shows off the skill of the greatest MC alive. That’s not at all like the music of today…

And for all of you bloggers and fans of mundane details, Just Blaze had nothing to do with this track!

Here are some links to our previous reviews, interviews and photos from Ra’s shows below:

Interview with Rakim at Rock the Bells (August 2007) 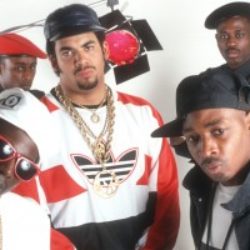 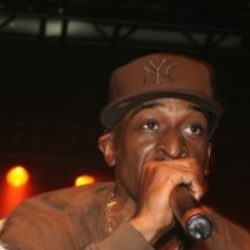