Dreamgirls is an all-American story in every possible way. The Broadway play has been in existence since 1981 and in 2009 it came to The Apollo Theater before beginning its US tour. So, what is so American about it? It is a story of dreams come through, friends betrayed on the way up, fortunes changed rapidly and breaking the barriers, that seemed immobile just before.

While the Dreamgirls’ producers deny mimicking the story of the Supremes’ there seem to be a number of striking similarities. Above and beyond thou, it is a beautiful production, rooted decades ago, that even found its way on the big screen, with Jamie Foxx, Beyonce, Jennifer Hudson and even Eddie Murphy and Danny Glover.

The Apollo lights lit up the very small stage and were quickly replaced by the beauty and the glamour of theDreamgirls’ ladies, known as the Dreams in the play. From the very first notes, Effie White, played by Moya Angela, separated herself from the rest, backing up her attitude with the power and the splendor of her voice. The play takes place in the 1960’s and back then everything was an audition. Elvis made his name and The Beatleswere rocking hard, but the music scene was far from defined in those days. Everything was about lucky breaks, punching through the barriers and breaking ranks. James Early, courtesy of Curtis Taylor, gave The Dreams just that break. Jimmy, played by Chester Gregory, literally blew up the stage and the audience every time he got to the mic. Clapping his way through his initial entrance he got the audience’s attention right away. The tiny stage of the theater was barely big enough to sustain the grandeur of the show, but increase its size 2- or even 3-fold, and there would still be no stage truly big enough for the Dreamgirls’ production.

Literally hundreds of complex wigs and costumes occupied the stage, but props were scarce. A clear table provided a place to sit for the characters to occasionally slow down the fast-paced rhythm of the show and sporadically entered the stage, as well as a lonely piano afforded occasional live music for the audience to see. Limited choreography, occasionally spiking, like in the song Steppin’ to the Bad Side, was greatly complimented by Jimmy’s theatrics. Changes in the singing styles, in social views of the time and in overall acceptance of changes were evident and embraced throughout the play. Take a leap into the present day and age and that was evident simply by the fact that the Apollo Theater was filled predominantly by white people, who came to see a story with no white people in it.

So, why almost no props, so few dance moves and such a small stage? The show itself is the object. Unlike a Hollywood production, there were no special effects, glamorous views and luxurious villas to compliment the acting and the singing. The Broadway production took the audience back to when theater was the entertainment and cinema and other technological advances were less respected by worthy viewers. It is the power of Effie’s voice, the grace of Deena Jones, played by Syesha Mercado, the naiveté of Lorrell Robinson, played byAdrienne Warren, and the acting and the singing of every member of the cast, that captivated the attention of countless spectators over the years and in the Apollo production.

You Gonna Love Me, says Effie as she essentially says good bye to the group and the audience is introduced to the harsh realities of the world of entertainment. Curtis pushes Marty out to create the space for Jimmy to grow,Deena backstabs her best friend Effie to grow herself, then Curtis dumps Jimmy for insubordination and Deenabetrays her manager and husband at the time, Curtis, to take the next step in her career. All that happens while every one of those acts is calculatedly justified, explained and strangely makes sense. Even the audience ofApollo claps in approval, as Deena tells her husband and the man who made her career, Curtis, that she is betraying his trust, leaving him and taking part in a lawsuit against him. Clipping a woman’s wings has a price in this play, even if it’s a man that put the wings on her.

Is this play a story of dreams fulfilled, trust betrayed and of ambitious angry women? It may seem so, especially at the end, when Listen is performed and the ladies unleash on Curtis, the very man who made it happen for them, trying to feverishly backpedal and place all blame on one man for all things gone wrong. Still, while theDreamgirls may be a musical drama it is a musical sensation, above all.

Will this production of the illustrious Broadway play do to Moya Angela what the film did to Jennifer Hudson’s career? Will it win as many awards as the previous versions of it? Judging by the opening week at The Apollo Theater it’s well on the way. Constant drama; love, genuine and in vain; dreams, crushed and satisfied; trust, extended and betrayed; beauty, entwined into the very fabric of the script; and the remarkable theatrics and acoustic performances of Dreamgirls, all surely paved the way to solidify another remarkable production and tour. 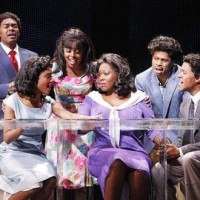 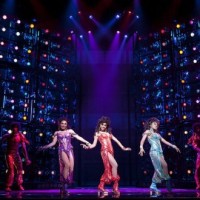 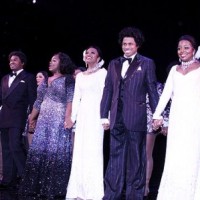 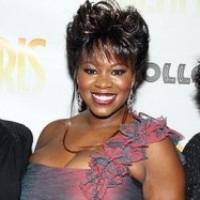 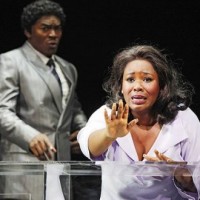 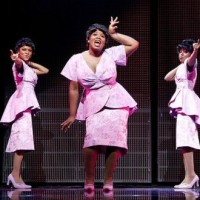 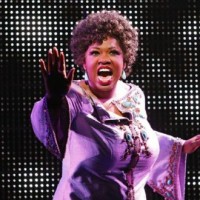 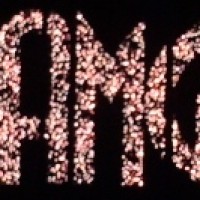 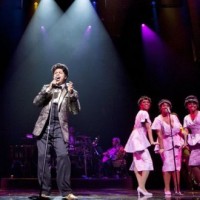 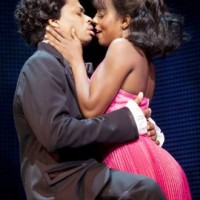