Lupe Fiasco’s rise to fame has been a lot of things, but it hasn’t been typical. He did not sell drugs, pimp his ride or bootleg the latest fashions. His father’s a drummer, his mother’s a chef, his hobby’s skateboarding, he was born Muslim. Doesn’t even sound like a rapper, does it? Although Pharell did bring skateboarding into Hip Hop, draw no parallels. Lupe is not piggybacking anyone’s trends. He is what he is, nothing more and most importantly, nothing less.

This 25 year-old Chicago native is smart, aware and focused. Taking interest in the neighborhood, he takes it onto the next level. Everyone has a neighborhood with some sort of issues. Only instead of sweeping it under the rug, like so many others do, Lupe’s goal is to let everyone know about it. It starts with your neighborhood. Then it goes further. Still, most unhealthy social trends are found at this level only before they spiral into a larger social dilemma.

Starting off, there was some gansta on Lu’s mind. Rapping about guns and the ‘bling’, he changed his repertoire quickly into what it is now. Getting an endorsement and even some practical help from Jay-Z himself didn’t hurt of course. Lupe’s skills were recognized by the ‘King of NY’ and were nourished by the social agenda of today.

Rapping about life and taking a stand on it, Wasalu (his birth name) seems determined to bring the very concept of consciousness back into Hip Hop. While the so-called ‘club bangers’ may sell out oh so well, the very essence of Hip Hop is compromised along the way. Taking it back to the very roots of the culture, Hip Hop has always been the voice of the streets, the voice of those who did not have another outlet for public speaking. Lupe’s drive to be a smart, witty, conscious rapper is not typical for the stars of today. Joining the list of other creative bright artists like Common, Mos Def, Nas and the West Coast’s 2Pac, Lupe’s solidified a place for himself almost instantly.

On his latest album, Kingdom Come, Jay-Z claims to be the ‘Hip Hop Savior’. Is he right or wrong with that assessment? That’s not a part of the story about Lupe Fiasco. Yet, it is a part of the trend. Who’s been saving Hip Hop all along and who is saving Hip Hop now? Is it Jay? Is it Lupe? Is it Lupe’s musical idol, Nas, who got everyone thinking that ‘Hip Hop is Dead…’? Yes, yes and yes. It is each and every one of them and so many more people. Everyone doing Hip Hop is keeping it alive. From the industry moguls, like 50, Jay and P. Diddy, to the teenage kid from South Bronx making a beat by banging on the hood of a car, every one of them is contributing. Hip Hop has always been about people, their joys and troubles. So when it becomes about clubs, drugs and gangs exclusively, Hip Hop looses a part of its voice. That is the part that needs the saving. That is what separates artists like Styles P. from 50 Cent.

So… Lupe’s to the rescue! Giving his music, his art the conscious flow, he is saving Hip Hop every time he steps on stage or enters a studio. He doesn’t shy away from themes of gangs, violence and so on. There’s just more to this seemingly fragile kid from the West Side of Chi-town.

From black belts in martial arts to anime fascination, Wasalu Muhammad Jaco’s interests outside of music are nothing typical either. His demeanor is that of a confident, smart, determined grown-up with a vision. Right before leaving the backstage he is seen in deep concentration. The hood of his jacket is pulled over his head. The backside of the jacket itself reads ‘SOMETHING LIKE A PHENOMENON’. ‘I need water’, he says. Gulping H2O from a bottle instead of smoking a blunt before stage time is just another thing that makes him a bit different. Getting on stage, he casually makes fun of himself, going off with the mike in his hands, showing off the supercharged committed approach to his music. The crowd’s reaction? The show got sold out days before the event took place. The audience sings 90% of all songs right along with Lupe, without skipping a single word. There is even a woman in a wheelchair in the front row, mouthing the words of all songs and taking pictures. As a pleasant unexpected surprise, another Chi-town native comes on stage. Kanye West has been setting the crowds off long enough. Today he is supporting the man he believes in and respects. Doing a couple of his songs, he slides back backstage and just chills, while Lupe finishes his set. The attention is not on him today.

After cancelling 2 shows in NYC in the last 6 months due to health issues with his overworked throat, Lupe’s fans are just ecstatic to let Mr. Fiasco triumph this night. Once the show is over, Lupe gets back to the cozy VIP room of SOB’s and his voice goes back to the calm, cool and collective Lupe everyone knows off stage. His piercing eyesight, constant focus on all things surrounding him and short precise answers turn courtesy of WORDSnTUNES for a little while in this interview. 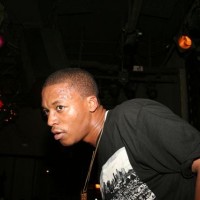 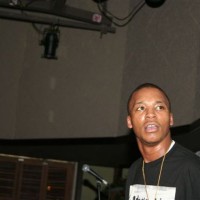 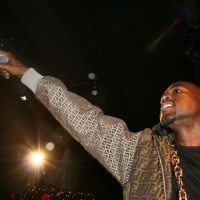 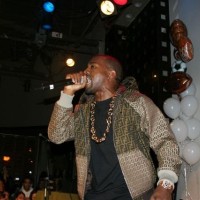 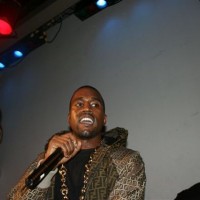 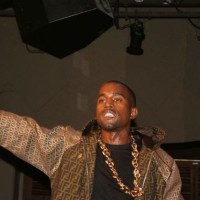 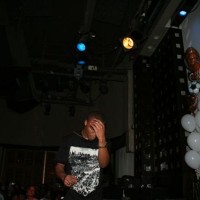 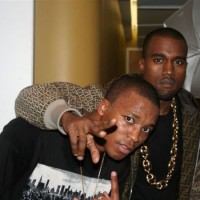 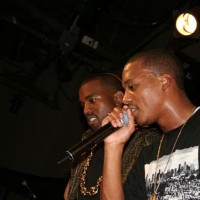