From Chi-town to BK

What’s the deal with Chicago? Yeah, the windy city feels that it’s the capital of the Hip Hop universe. In all actuality, it’s no wonder. Having the acclaimed lyricism of the east coast it stands well next to the Southern swagger. Sort of the way New York and LA did about a decade ago. Except that duet sprung a controversy, which was only fueled when the 2 greatest MCs of Hip Hop were killed. This is 2006. The year of making money. The year of making hits for the radio. The year when your album either goes multi-platinum or you cry over a meager 187,000 copies sold 2 months after release. Rules have changed. Hip Hop is no longer there just to deliver a message. It’s a money maker for all. Kanye may be arguably the second best producer in the country, but for most, it’s his attitude that sells. Same goes for Lupe. Glasses, small built, skateboarding and non-aggressive Muslim affiliation. Its all there. Hey, Ophrah got issues with 50, Cube and Luda, but Kanye stands tall next to her. And Chi-town’s dominance is obvious. What about the game’s fastest rapper, Twista? Remember his Slow Jamz? That man became an Overnight Celebrity straight from Chi-what? You got it!

Time for new faces everywhere thou. Everyone is still trying to get used to Lupe’s Kick & Push and Kanye’s anti-Bush slogans. In the mean time, there is something else rising up on the South Side of the windy city. Battling MCs throught the 90s, this 29 year old rapper got serious just recently. Turning down Kanye’s offer to join GOOD music he still writes Jesus Walks for him. Grammy nominated, hotel accommodated, cheerleader prom dated? Yeah, the man won a Grammy!

Move over somebody and give Rhymefest a better look. He is touring with Tribe Called Quest, making appearances with Shaq and all that just in the next couple of weeks. On stage he is a smiling, witty, funny, fast spitting and lyrically inspired artist. Kanye rubs off on everyone from being overly focused on success to theatrical posing and gesturing. Why should Rhymefest be any different? Singing melodic hooks are all over Rhymefest’s harsh but playful raps, only missing Miri’s strings.
“I grew up freestyling”, he says and does just that to Ante Up as he goes off to the crowd. Funny and clever rhymes in his songs make everyone’s voice rise up saying I want more.
“MTV and BET don’t play my s—, but you know what’s hot, you don’t wait for nothing to pop up on that screen, you know what it is.”

Taking a shot with some promotional girls advertising their products after the show, Rhymefest heads off backstage to sit down for an interview with WNT.

I deliver the message as it comes to me, he says. Well, Rhymefest has a lot to say when there is a mike in front of him. Frankly speaking, the industry really does need more artists like him. With soggy never changing rhymes from the hood of QB, club banging themes of BX and the lost supremacy of the pop BK, New York may stand to learn a bit from Chi… from Rhymefest. Afterall, one of the greatest lyrical Hip Hop legends comes to NY from Phili. Here is another out-of-towner who calls for attention. He probably has no problem being compared to The Roots either.

Just a tad after Rhymefest gets off the stage, there is another act worth watching. The difference is that it’s been watched for quite a few years now. Wu, MOP, Mobb Deep and some others would all line up with them. Boot Camp Click is in the house! Need to jog your memory? Remember Sean Price? Buckshot? Smif N’ Wessun? O.G.C.? Yep, now you got ‘em! The non stop party of the 90s still hasn’t stopped. Whether it’s Wu or BCC, the stage is packed, the faces in the crowd all look at the artists on stage as if they go way back and all songs are rapped along to creating a feel of a street team. The classic was created and never dissolved!

Lucky for the readers of this write up, Sean Price felt like elaborating on his latest thoughts. With the entire BCC putting out a new album this summer and Sean P’s Jesus Price Supastar on the way, he had a few things to say.

Just another legendary night came to an end. New York Hip Hop fans at times fail to truly appreciate what the city has to offer. Hence it is so refreshing when artists offer their own words to supplement their songs.
From the new (but not too new) to the old (but not too old), from Rhymefest to BCC, SOBs hosted just another night of some the best this city has to offer. Hey, Swiss Beatz wants Busta’s song title back! Are you on that New York shit? 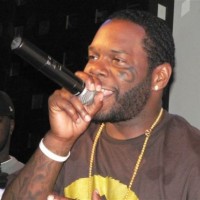 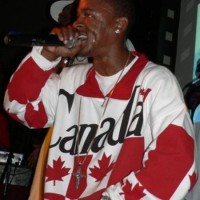 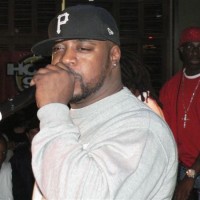 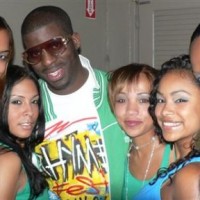 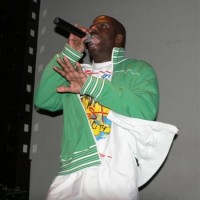