YOUNG NIK a 19 yr old female rapper from Fort Greene Brooklyn, N.Y. Taking the streets by storm stepping on the scene in a serious way these past 3 ½ years. Starting with The Source magazine unsigned Hype in June 05’ (Snoop Dogg, Daddy Yankee, T.I. covers) for her talent, 2007 Celebrity Report magazine, October 08’ Straight Stuntin magazine as future female, march 08’ Source magazine as Independent Artist, Protégé magazine and Words n tunes magazine to solidify her talent. Also winning the Street Mos magazine contest as top artist/top performer in the streets made her a bigger problem to look out for. The Illmind Rhyme Challenge Champion trophy was also awarded to her as she continues to grow as an artist that continues to excel.

The Young Nik name is definitely ringing bells through the industry while in college she doesn’t just rap, she sings, writes R&B, Pop, also act and model. Young Nik is on tables at G–unit Records, Atlantic Records, Universal Records, Jive Records, etc. She was affiliated with G-Unit for one year in a group of female rappers and recorded over 12 songs. Young Nik has also been featured in many of the hottest DVDs such as The Drama King Kay Slay “Down with the King Part 3”, REAL Talk DVD and Cutmaster C ”True Stories” DVD, etc. with plenty more in the works. Her video for one of her hit singles “On the Rise” is found on the REAL Talk DVD as well as in rotation on video shows from Brooklyn to Boston. Young Nik’s other single “Bouncers” is found on YouTube and MySpace as well as DVD’s and video shows. Not only has she graced DVDs and a high ranked magazine, the mixtape circuit is no stranger to this young lady’s voice and swagger. Young Nik has been on DJ Megamillz, DJ Nina 9, fully focused, DJ Uneek (G-Unit), Dj Finesse (Bad Boy), etc. She was honorably invited to be one of seven chosen for the radio station HOT97’s own DJ Kay Slay show as one of the hottest unsigned females in the tri-state area. She was also called out by another HOT 97 personality Miss Jones of the Morning show to do a promo the summer of 2006 that is still in rotation now, the “ballin’” remix “good mornin’”. Young Nik also performed at Miss Jones birthday party for 2006.

This young lady is on a roll and does not plan to stop. Winning plenty talent shows since her first win in her old high school Benjamin Banneker from which she graduated with a regent’s diploma. She has won shows at places like Club Speed, etc. Performed at more than 30 clubs with numerous standing ovations, it’s been a road for her to travel and she’s still on it. She’s one of the leaders of this new lady movement, ask about her, she’s been heard of and seen. It’s about time the industry has come in contact with raw talent. She has her own company On Fire Entertainment and is ready to bring good music and work ethic. Like she says “Young Nik is on the rise!” She has been grinding for a minute and has earned everything she has received. The top rappers female and male acknowledge her presence and respect her talent. Soon not just Brooklyn but the world will know her name.

KAY SLAY “DOWN WITH THE KING DVD PART3” 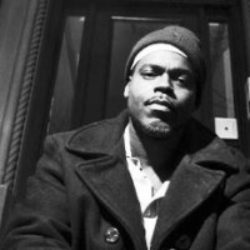 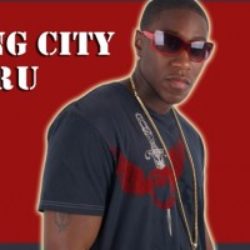 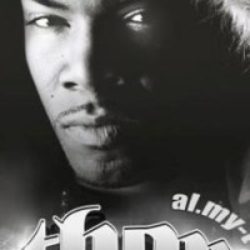