Hot 97’s Summer Jam has become much more than a fun event for tens of thousands of lucky attendees. Just like the radio station itself, Hot 97, this annual event is a tradition for all New York area fans with the brightest stars of Hip Hop and R&B putting on their shine for everyone to see.

2007 Summer Jam was no exception. 2nd year in a row it was pouring rain throughout the entire show. It was as if the nature itself wanted to test the dedication of music fans. …and the fans won! What can you do when the line up like that is on stage at the same time for everyone to see in a matter of a couple of hours? 55,000 just didn’t care about a little water. Well, it was quite a bit more than a little, but read on and you’ll get the point:

Mimsopened up the show reminding everyone that This is Why I’m Hot. This Washington Heights’ rapper got just the right energy to make it pop and that’s exactly what everyone needed to understand what it is. Mixing music influences and radiating positive energy he became the first New York act in a while to steal the spotlight from the other areas of the country.

T-Pain proudly announced that I’m a Flirt, offered to Buy You a Drank and made sure that noone forgot that I’m Sprung. Getting it fun and wild is what he’s used to and he did just that. Guess down South they do have more fun.

Ciara is on her grown and sexy, or haven’t you heard? Dancing her a** off she brought just that. She must cause regrets for Bow Wow on the daily and all kinds of delicious dreams for anyone else who’s ever laid eyes on that girl. ATL done her right and that’s exactly what she brought.

Swizz Beatz got no time to waste. Following in Kanye’s footsteps he produced a bunch of top singles for most of NY favorites and then began his own rapping career. Don’t forget, the man is a 1-piece band. Then again, you know who it is. To make sure the point was well served, Mr. Kanye West showed up himself, joining Swizz on stage. Even Lil Wayne could not wait for his turn and had to join those 2 on stage. Hate it or love it, looks like New York got a new favorite.

Ne-Yo started the beginning of the DefJam part of the evening. Doing his So Sick and then going into the new stuff and reminded that he is where he is Because of You. Fabulousjumped out and let everyone know that fans are what can Make Me Better. The fans made sure that F to the AB felt their presence with roars of support. All he had to do at that point is make sure that everyone didn’t forget to Breath. DefJam wouldn’t be the greatest Hip Hop music label if they stopped after 2 superstars. Young Jeezy brought some of his street flava on stage and the audience just had to Go Crazy. Doing both the old favorites and the new hits, he brought it all on. After all these acts it seemed virtually impossible to top it all. Ludacrisdid just that. The years of experience for this veteran of Hip Hop definitely helped. Before Wayne grew up and T.I. rocked the country, it was Luda who represented the South. For those with bad memory he performed Move B**** and other classics and then proved that it was only in the song that he Grew Up a Screw-Up.

By this point the rain was so thick that it was almost hard to see the stage. Yet, there were very few umbrellas in the seats. Not only the uncovered seats were soaked but so was the stage. Still, slippery or not, what could stop Chris Brown from dancing while he performed? Sneakers off and Moonwalk on! And the never-changing smile didn’t leave his face even once! Juelz Santana was next. It seems that he spends more time with Lil Wayne than he does with Camron’ nowadays (isn’t everybody?). So Wayne came out once again and they got it Poppin’.

Lil Wayne kept at it and not that everyone needed more water, but he just had to Make It Rain. Needless to say, Fat Joe was not far behind him. Getting on stage to give a bit of that Terror Squad to the crowd, he reminded everyone who’s the boss.

Dancer, producer, label owner and… rapper, Diddymade a scheduled but so very rear appearance next. The fireworks, the bling and the dancers behind him all mixed into one big mesh of a P-A-R-T-Y. Feeding the audience moments of the past he was introduced by the music from the then Michael Jordan’s Bullsto the theme from the movie Rocky to the BIG’s Victory. Who cares that he crumbled trying to pick up a lady (yes, physically pick up) from the crowd. Elephant Man was right with him, showing more success in holding up the other girl and just being the Energy G-d. Keyshia Colereminisced about Last Night with Diddy and then Sheek Louch came out (from retirement?) and… your girl is back! Lil’ Kim never left. Who’d be better to do a Biggie tribute than her?

Saving the best for last, Akongraced the stage. At times he says that I Want to Love You. At times he changes his mind and tells that I Want to F*** You. Isn’t that every man thou? Bringing DJ Khaledwith him to do make sure that everyone knows that We Takin Ova. The celebrity packed backstage gave out one artist at a time to do their lines for that one. Wayne made his 3rd appearance of the night but everyone just ate it up!

Rich Boy ended the night as he thought it may be wise to Throw Sone D’s. Jim Jones joined him to remind all the We Fly High and just in case you should go Walk It Out.

Another phenomenal year for Hot 97. Another amazing show. Another beautiful night for the fans. In case you had any doubts before, do you now know where Hip Hop lives?

Next post Hip Hop lives through us all (KRS, Fat Joe, Ice T and many more, with Marley Marl interview) 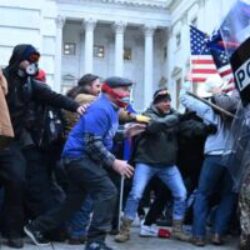 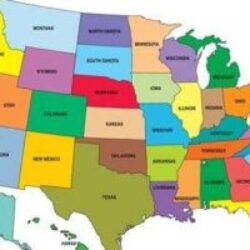 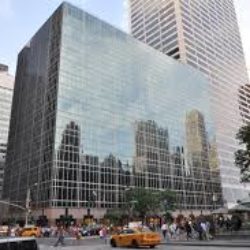