between Walker street and White street

From performances by EPMD to DJ Red Alert’s birthday party to weekly events with Q-Tip and Rich Medina, Santos Party House is a powerhouse of an old school Hip Hop club. Bottle service is available but the venue’s chill and laid back setting to dope music is just what the doctor ordered for a typical New York club visitor.

2 floors of music and state-of-the-art sound system backed up by an impressive lighting system make the scene complete. So, leave your inhibitions and Bridge and Tunnel mentality behind and you’ll be guaranteed a great time at this SoHo club.

Blurring the lines between music, art, and culture, Santos Party House at 96 Lafayette is designed to provide a creative, inspired environment – from the colorful walls of its entryways, to the colorful music pumping out of its sound system; and most of all the colorful people that frequent its dance floor, Santos shines a UV light on the entire spectrum of New York City art and nightlife.

The venue straddles the border between Tribeca and Chinatown in downtown Manhattan. It is easily accessible by sixteen different subway lines in addition to the Manhattan, Brooklyn, and Williamsburg Bridges, and the Holland Tunnel.

Notable performers who have already taken the stage for live shows include:

Celebrated DJs who have spun at Santos include:

In the last few months, our Party House has hosted events for magazines like Paper, V, and Vice, and boutiques like Opening Ceremony and Dave’s Quality Meats. Santos has also hosted pre-release listening parties (TV on the Radio), film screenings (The Boned Age), and benefits (Art in General, Spin the Vote).

Our DJ residencies have won high praise from musicians, record-heads, and partygoers alike. QTip and Rich Medina take over the decks every week for a Friday hip-hop party that draws a full house. The perpetually buzzed about Special Disco Version, with James Murphy, Pat Mahoney, and the DFA gang happens every other Wednesday night. On Sundays 70s disco legend Neil Aline takes over downstairs for an early party that is quickly becoming a legend of its own. Our newest residencies are set to explode: a monthly Saturday party presented by Josh Wood and Patrick Duffy, and Thursday nights with DJ Franc-O of the infamously debauched Vampyros Lesbos party.

This “best-of-all-worlds” booking strategy extends to all aspects of the club. Santos is committed to an egalitarian, “anything goes” philosophy, welcoming any scene or culture. This is evident in the nightly vibe of the place. On any given night, someone stepping through the main entrance’s double doors might see garishly clad dancers busting moves bathed in the glow of the rotating disco ball or piercing, distorted guitars melting the faces of a head-nodding crowd.

With its two levels, the 8,000 square foot space can function as either one multi-level venue or two self-contained venues, each with their own bathrooms and entrances.

The upstairs ballroom’s 15′ ceilings lend it a big room feel and designed to encourage guests to tear it up. Also, excellent sightlines allow the space to feel intimate and special during live shows. The 480 square foot stage has private access from a separate entrance and additionally a green room with its own private bathroom. Two full-service

The downstairs space has a more lounge-like, intimate feel. Partygoers relax and converse while watching the action on the dance floor in a recessed lounge area with tables and chairs.

The Santos sound system, designed by Jim Toth, rivals any other in New York.

The ever-evolving Santos video system is on the cutting edge of projection technology. For specifications and specific inquiries, contact Josh Sophrin (josh@santospartyhouse.com)

Tags: Out In NYC 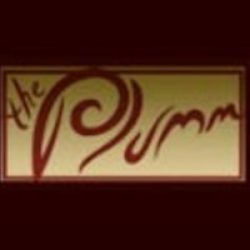 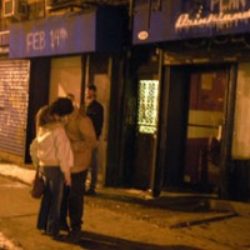 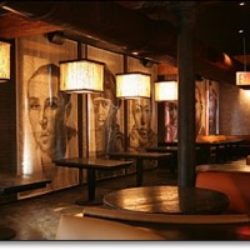