Knicks vs Bulls. What a legendary matchup. That face-off may have sounded far more exciting in the early to mid 1990s, when Michael Jordan and Scottie Pippen took on Patrick Ewing and Anthony Mason. For 4 years straight, including the legendary 1992 7-game series, those 2 teams battled, with Jordan’s magic and Ewing’s power clashing in instant NBA classics.

Forward that to 2009 and the Knicks take on the Bulls on the home turf, at MSG once again. What’s changed? For one, the legends of the 90s are long retired and the 2 legendary teams have struggled to replace them with worthy players to serve their fans the same type of magic.

Especially for the Knicks, that haven’t even seen the playoffs in quite a while, this game carried meaning. With a 1-9 start this year, they managed to even the odds a bit and bring it to 11-17, while struggling against below average teams.

The Bulls just came off of the face-losing game against the Kings, where they were up 35 points and still couldn’t clench the winning moment.

The Tuesday Knicks /Bulls game had signs of all that. The game began well for the Knicks. Holding onto the ball with great rebound ratio (David Lee ended the game with 21 rebounds), putting up great defense against the oddly unsuccessful Bulls and making their 3-pont shots they were having fun on the field. First quarter was off to a good start for New York. Yet, with 3 minutes on the shot clock they began to relax their dominance. With only 1 foul committed (to Bulls’ 4) they relaxed their defense a tad and spent the remaining moments of that period tangled in missed opportunities and poor shooting. Regardless, the Bulls’ efforts were subpar at best and NY held onto their lead through the first half.

The entire game, one trend developed: the Bulls’ plays seemed better orchestrated but offered such poor execution that their shooting percentage allowed the Knicks to literally fall apart in the second half and still maintain the lead. The Knicks’ poorly choreographed plays managed to do the trick nonetheless against the weak defensive play for the Bulls. The NY team continued to hussle under the basket well to balance the lazy and slowly failing offensive efforts. On the Bulls’ side, Rose and Noah simply didn’t carry the ball enough and Noah’s overextended free throws didn’t help either.

Noah’s size allows him to bully an opposing team no less than the 90s Knicks’ Anthony Mason, yet the long-haired Chicago player prefers to focus on the finesse of the game, simply failing the take advantage of one of his strengths.

The first half ended with the Knicks exploring the loopholes in the Bulls’ game with a bit more flare thou, getting the crowd up on its feet.

The halftime show brought about the Knicks’ cheerleaders, T-Mobile and Kia Motors contests and a German acrobat, who looked more like a figure skater with his large metal wheel. The Knicks may be not be a top team in the NBA nowadays, but it still means big money, just as the very game of basketball. For those in doubt, in the 2009/2010 season the Knicks still maintained an almost $86 million combined salary roster for the players. Despite the losses the NY guys didn’t quite set the embarrassing records of the Nets, but no matter how you put it, running an NBA team costs money in this day and age. Luckily this is a team backed by one of the world’s greatest cities and its enthusiastic fans. Besides Jay-Z getting high fives from the Knicks and the Nets, this game also put celebrities like Dustin Hoffman and Brian Baumgartner from The Office into the seats along with their kids.

In the 3rd period the average 3-point shooting got even worse for both of the teams. The Bulls awoke from the stagnant 1st half thou and managed to cut the New York lead down from 22 points at halftime to only 12 points at the end of the 3rd period with a buzzer shot.

Trying hard to hold onto the lead, the Knicks were up by 11 points (73 to 62) with 9 minutes left on the clock. Then the Bulls took a timeout and came back with their game faces on. With 4 minutes and 34 seconds they were only down by 6 points, making NY wish they started running out the clock way earlier. With 1:41 left on the clock the home team’s lead was cut down to only 1 point but it seems that it was the exact jolt of energy the Knicks’ players needed. David Lee made 2 free throws and then New York got the ball back with a quick rebound right after. With just under 32 seconds left the Bulls took possession looking to cover the 3-point advantage the opposing team just didn’t want to give up.

Jeffries missed the 2 free throws with 28.3 seconds left and only a 3-point NY lead and the fans’ hearts began to pound a bit faster. Poorly put-together final play by the Bulls resulted in a ball going out of bounds, courtesy of Rose, and the game ended with a Knicks’ victory nonetheless.

No stranger to losing games after a healthy lead, the Knicks managed to take advantage of the Bulls’ weak play in this game and got their 6th straight win. David Lee ended the game with 18 points and 21 rebounds and the low-scoring matchup ended with .3 seconds on the clock with Knicks shooting free throws and 88 to 81 point victory by the New York Knicks. The slow pace of the game paid off for NY with their 8th game in a row keeping their rival’s scoring to under 100 points.

Even thou both of the teams didn’t quite play a typical 1990s game, by the end it still felt like as much of a legendary matchup as ever. 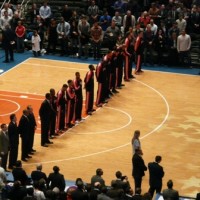 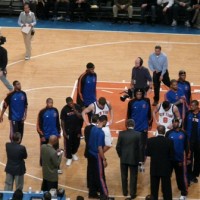 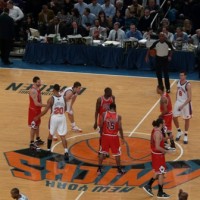 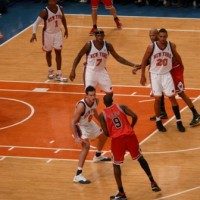 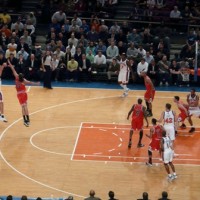 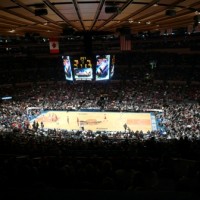 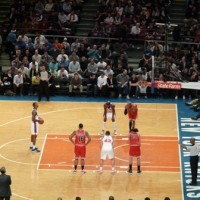 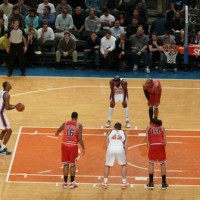 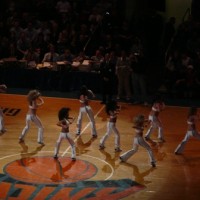 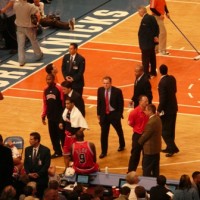 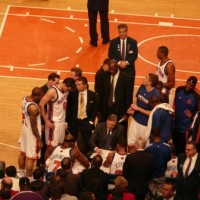 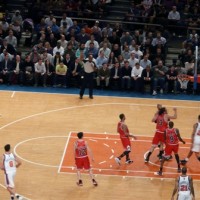 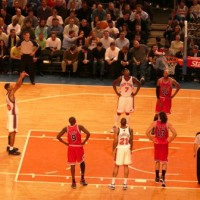 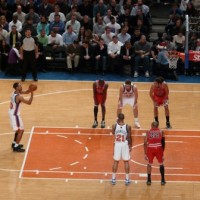 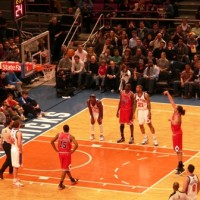 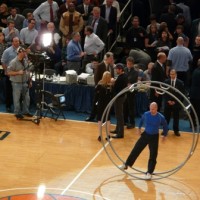 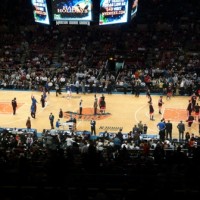 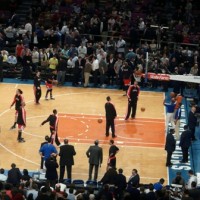 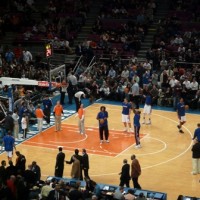 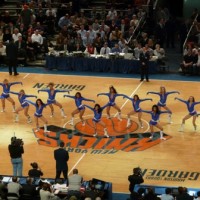 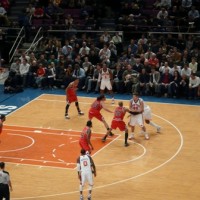 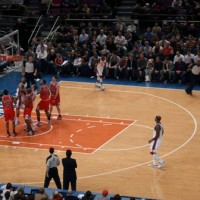 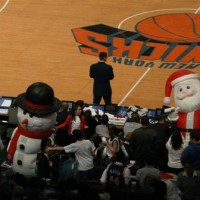