Immortal Technique Rocks To Save Darfur

Almost ½ a million people killed, millions of people displaced, mass graves, refugee camps, International Criminal Court’s charges of genocide, crimes against humanity and murder against a head of state and much more makes it sound like a World War II setting or something from a long time ago. Only this is happening right now. The largest country in Africa, Sudan, has one of the greatest humanitarian emergencies of all time going on for the past 6 years, based on mostly ethnic and religious differences between Muslim Arabs of the Northern Sudan and the Christians of the Southern parts of the country. Fighting has gone on for centuries in Sudan. Egyptian, British and even Belgian forces had occupied the country in different times, causing for numerous revolutions and attempts at liberation, and finally brought Sudan independence and an almost 20-year civil war from 1955 to the 70’s. Another civil war followed and lasted even longer, from 1983 to just a few years ago. In the mean time Darfur’s tribal wars raged on and the Arab militias, Janjawid, began to fight it by instituting what many called genocide.

After years of publicity, UN sanctions, statements by heads of the world’s power nations, attempts at providing even basic humanitarian help and more the horror continues. It seems that the only thing the world can do is continue to bring more attention to the region, as the Sudanese government refuses to accept any outside involvement into the situation. Many organizations have been formed to do just that. Tying the political arena with the world of entertainment, Rock To Save Darfur has been bringing light to this conflict with music concerts/awareness shows. Their latest performance took place at BB King’s with Immortal Technique as the main performing act.

Immortal Technique is much more than a Hip Hop artist or even a social activist. He is a true phenomenon, symbolizing power and voice for those who have little. One of the sickest MCs of all time, he happens to be perhaps the most prominent conscious rapper above all. Peruvian kid got brought up in Harlem and decided to dedicate his talents and skills to people, instead of his own wealth. Diverse and controversive, Immortal Technique’s palate of music has no limits. Politically, socially and racially charged, his songs hold no punches. Attacking everyone from George Bush to record labels, he simply won’t go down without a fight on every issue. One of the acts at the annual Rock the Bells show 3 years in a row, alongside with Wu-Tang, Nas, Tribe Called Quest and many others, he always keeps it close to home.

Rallying the crowd and performing his hits, going acappella, surfing the crowd and showing more energy than anyone else, he did exactly what needed to be done. He got people’s attention once again, this time on behalf of one of the greatest humanitarian injustices of all time. Before the show Immortal Technique spoke extensively with WORDSnTUNES about Darfur, political and social aspects of that conflict and much more. 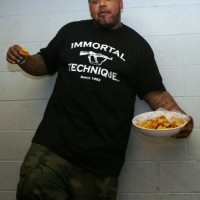 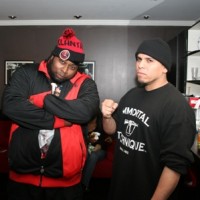 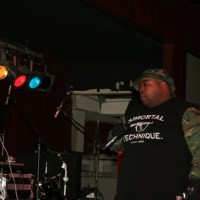 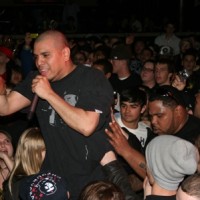 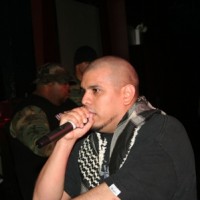 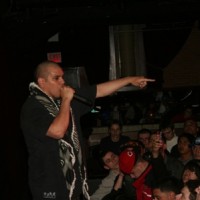 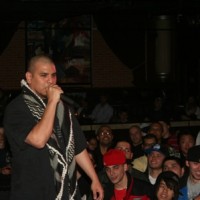 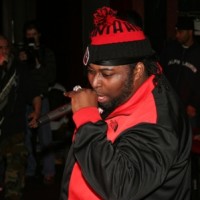 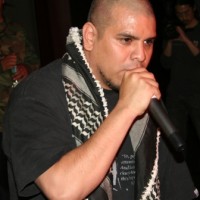