Long gone are the days when Hip Hop was simply a byproduct of the hood. Yeah, the rappers still come from the projects, although not all of them. Eminem and Prodigy of Mobb Deep both well-known for rapping of the hardships of life and dangers of streets both come from middle-class families. Then of course you have someone like Jay-Z, who came from Marcy Projects and as Nas said he ain’t going back. Same for 50 Cent, who went from hassling on the streets to running a multimillion dollar empire of G-Unit. There are some who use the street credibility to glorify their past, ala Curtis, and some who let’s just say deceive their fans, sort of like Rick Ross. The Trilla author’s camp even beat the hell out of DJ Vlad for asking questions about the topic. Ain’t you heard? Ricky Ro$$ worked as a correctional officer in Florida while he claimed to be pushing weight for the Latin drug pins.

Now, it makes sense that a kid from the projects, like Styles P or Remy Ma would get into rap to do something with their lives and make money. Yet when you stay true to the streets and keep the hood in your heart you don’t really get into too much money. Styles is a dope underground rapper and Remy… well, that girl just straight up caught some years for her attempts to play above the law. For others the formula began to work in the 90s. Turn the rap game into a business. Hell, everyone is doing it. When A-Rod or Kobe get multimillion dollar contracts no one seems to argue. When Will Smith or Morgan Freeman get millions to play a role it seems logical. Why the lies thou, like with Ross or even Akon dressing up his past with one too many illegal activities? It’s all a façade, a gimmick, a way to make more money faster. That’s all. In case you didn’t pay attention, they’ve been saying it all along. Mobb Deep: F— rap, I’m trying to make cream and that’s that. MOP: F— Hip Hop, rip pockets, snatch jewels. Now, Billy Danze thought that went gangsta and Prodigy just glorified money. 50 and Jay thou didn’t do either. They just got all about the biz and got paid as a result.

Just as HMOs now get paid the way doctors used to get paid, record labels collect for the artists. Look at the results thou: HMOs got the US managed healthcare to the point when from the feeble mind of GW to the over-exercised mind of Barack Obama medical insurance solutions seem rather imaginary than realistic. Record labels milked that cow dry (ringtones included) till record sales stopped being profitable. Forget about $50K+ advances for your video. It’s all about the live shows. LiveNation caught onto that just in time. Then again, few other companies have pockets as deep as those guys. Getting everyone from Rolling Stones to Madonna to Shakira to Jay-Z to commit all life earnings to one source requires a distribution network and hundreds of millions of dollars not available to any other single source of power.

Now that it’s been established that Hip Hop equals money more than dope lines of songs (SouljaBoy’s songs are seriously lyrically challenged to say the least and yet he keeps banking like it’s 1999), let’s look at some of the positive effects of these changes. In 8 Mile Eminem works at a factory, while chasing elusive rap dreams. While it was just a movie, Hip Hop has certainly provided an outlet for rap artists to make money with just their craft. There is a slew of artists, little-known to mass public that keeps making money off of just Hip Hop, without needing to hold a job on the side. Just look at most of the originators of Hip Hop. Afrika Bambaataa, Kool Herc, Slick Rick, Melle Mel and many others haven’t been putting out new Platinum-selling albums every year or touring the world with sold-out shows. Yet, their names are on the scene and they are living pretty financially stable lives.

Another example of Hip Hop making money is corporations sponsoring shows of rap artists. Some go for the sure thing, like AT&T putting on a show with Nas. Some meet the drive to make money with spreading the greatness of the music, like Smirnoff bringing people Common, Q-Tip and KRS-1 or Pharrell, Nas and Buckshot. It is very rare for companies to put on shows with less commercially visible artists. Red Bull doesn’t seem to care about trends thou. Bringing back Digable Planets, completely reunited, combining them with the verbal mastery of Mr. Anti-commercial, Ghostface Killah, and adding a producer from the Mobb Deep camp, Alchemist, to the roster, was a real treat for the fans of Hip Hop. Red Bull Big Tune National Finals took place in NYC at Highline Ballroom. Digable Planets brought their Grammy Award-winning flavor of the 90’s music; Ghostface mixed his classics with the more current hits and added the Wu zest to it; Alchemist rocked the club with his smooth, slow and heavy beats and that just about made the night.

All 3 of the acts, spoke to WORDSnTUNES about their upcoming releases, their plans for the near future and shared some of that culture of Hip Hop that stays alive with or without making it a business. 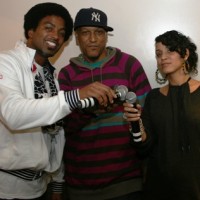 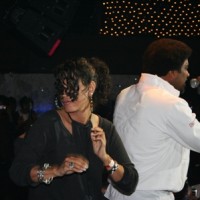 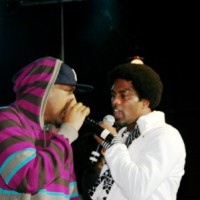 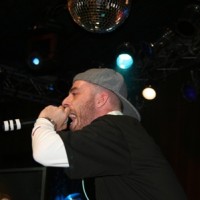 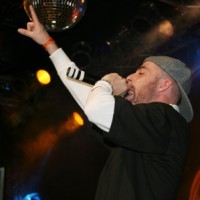 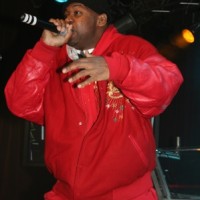 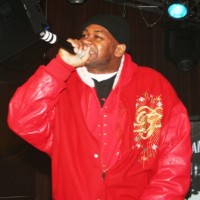 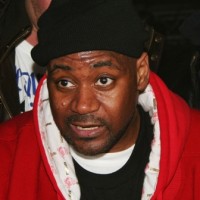 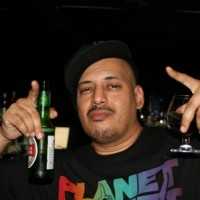 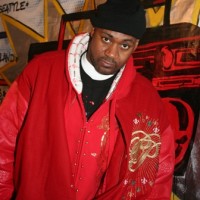