The Beastie Boys are a musical legend beyond everything else. Breaking through the barriers of preconceived notions and assumed intentions they revealed a different side of Hip Hop. Defying the expected path they brought the Hip Hop sound and feel to the white kids after mixing it with the familiar rock sounds and opened a new topic for discussion: Are the Beastie Boys a rock/punk group or a rap group? Perhaps the greatest accomplishment of all was the fact that they always remained both.

Now, almost 30 years later, what are these crazy guys up to? Are they tired of making music? Are they out of the musical inventions altogether? Not at all. They release an all instrumental album last year, called The Mix-Up. It didn’t get as much recognition or acclaim as other albums but if nothing else it was proof that the boys just don’t want to stop their musical path. Now, 6 Platinum albums later (5 of them multi-Platinum), indicted into the Rock’N’Roll Hall of Fame and honored in the VH1 Hip Hop Honors they just about accomplished what any music group can only dream to accomplish. What about the essence of the Beastie Boys thou? What does the band truly represent in 2008? Playing benefit shows, speaking out against world injustices, wearing the 70’s and 80’s fashions and just having fun is still the name of game. Despite being in their 40s this trio is far from experiencing their mid-life crisis. They’ve been living it non-stop.

As most middle-aged people they have their own completely unchangeable opinions. They still love music. They just don’t care to speak the language of today while explaining it. When interviewed by the VH1 for the Honors ceremony in 2006 they easily and readily spoke of the race difference. Afterall, the dudes are white in the predominantly African-American music genre. During their press conference in 2007 the same questions almost offended them thou. Unhappy about the censorship from Verizon Wireless due to the lyrical and graphic nature of their songs and videos they still censored WORDSnTUNES and refused to have us cover one of their shows because we have a modeling section on WORDSnTUNES. Their management company Nasty Little Man (actual name) pulled our photo pass after issuing it. The exact wording was:

‘hey, i am looking at your site right now, and to be honest, i cant get you a photo pass for
tonight, I don’t want (and i believe the beastie Boys would agree) them associated with a site that exploits women (see NYC Hip Hop Divas) i know you were looking forward to this, but i am sorry i have to pull the request’

Considering one of their biggest hits, Girls, this was an unusual point of view to say the least. Hypocrisy is not the finest feature but hey, it’s not like they are trying to gain new fans.

Going back to their press conference (yes, WORDSnTUNES covered that), it seemed that The Beastie Boys wanted to talk about everything but music. It was peculiar since the conference was associated with their new album. Questions asked ranged from their early days to current plans. They were asked about their opinions about new artists, new musical trends and so on. The answers seemed to mostly avoid questions thou. The press was thoroughly entertained. The Beastie Boys were definitely extremely funny. They just didn’t care for the questions. They gladly talked about the way they dress or how ridiculous the Canadian rapper Snow appeared. Questions about an upcoming movie project turned into a joke thou. When one of the journalists put their latest album into question by saying ‘People look for words in addition to beats’ the answer was ‘Well, what are you gonna do?’.

There is no doubt. The Beastie Boys are fundamentally fun folks and are consistently proclaiming good concepts. Their impact on music and overall contribution to Hip Hop is not only legendary but is also tremendous and invaluable. They just like to do whatever they do on their own terms. 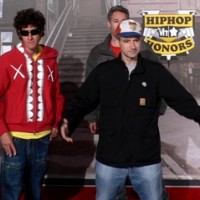 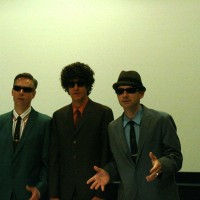 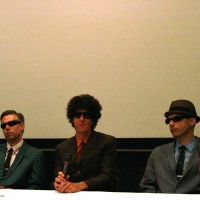 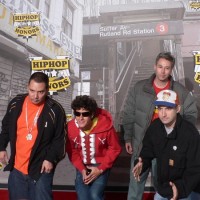