If there was ever not enough of something in this world it would be laughs and smiles. Perhaps add the ‘wow!’ factor and you got yourself a show. With that in mind Cirque du Soleil put on a new production, Banana Shpeel, that stretched the boundaries of acrobatics and special skills, mixing those with purely theatrical, burst out laughing, humor. Presenting a retro feel to all acts and the show itself, it takes the audience back in time that much more, reminding of the grandeur of the live acts.

Before the show even began, the show’s cast began mixing with people in the isles, instantly adding the clown factor to the locale. Walking through isles, seemingly looking for a seat, these pranksters seemed almost normal to a New York setting. It was almost shocking when after a short while they ended up making their way on stage. Announcers presented the show in the same manner, with wit and sarcasm, offering small town interactions, messing up and seemingly trying hard. It felt like small talk in a kitchen of a Jewish family, until the show’s director, Marty Schmelky, stepped on the stage with bright lights and fanfare, almost a la the prefight scene from Rocky 5, promising a great show with upcoming acts of various skill from different countries.

Schmelky doesn’t hide his inexperience and excitement, getting super anxious to kick off his directorial debut with the upcoming circus wonders. Yet, his secretary, Margaret, doesn’t seem to think much of his resolve to run things smoothly, setting the background for a purely comedic setting in Schmelky’s interactions with the rest, lasting throughout the show. Making a reference to him having a ‘nose for talent’ mocks his long Jewish nose.

It wouldn’t be a Cirque du Soleil production thou, without that above-mentioned ‘wow!’ factor coming from a diverse row of acts. Vanessa Alvarez, a foot juggler from Spain, kicked off that part with her amazing acrobatics. Bringing grace and Latin culture with her she juggles a guitar, spins up to 4 different pieces with her feet simultaneously, while standing on her head and more, while astonishing the crowd.

Brother and sister tap act came on next, with Joseph and Josette showing off their skills. It may have fallen short of Gregory Hines’ brilliance, but presented a cool Cotton Club feel. With the key factor being presenting different cultures, it fit in rather well into the mixture.

There was a Russian hand balancer Dmitry Bulkin, who brought his amazingly sculpted body to offer elaborate acrobatics to slow European music. Some of the time he had a young lady join him, creating a love act through combined acrobatics.

Perhaps the most amazing act of the show was the Mongolian trio, Serpentine sisters, who seemed to make their bodies bend at will in every possible direction, almost defying physics, anatomy and even gravity. At every sign given by the troop’s lead, they changed positions, adding flawless choreography to unbelievable pirouettes. Reminiscent of best traditional Asian acts, they added to the show’s old-fashioned feel.

Adding to the comedy of the night, Schmelky announced that unfortunately visas expired for a blinded couple that specialized in chainsaw juggling, while on fire with scorpions. To offer an alternative he brought forth a magic act, with an old school setup, where he was the magician himself. Needless to say, that act brought even more chaos, disorganization and laughs. One of his tricks, that was meant to produce a live tiger, popped up the mime from earlier in the show making out with monkey.

As if Schmelky wasn’t having a hard enough time getting everyone to act according to his script, one of his plots just contributed to that, while offering some of the biggest laughs of the night. Pulling people out of the audience to find participants with special skills he found some of the most random acts. One was an impersonator of ordinary people with knee problems. Another was an invalid with a walker, arthritis and memory loss, whose skill was that of the world’s oldest mime. One more specialized in walking against the wind. A self-titled ‘modern dancer’ from Paris brought his boom box on stage and started flashing people. There was a puppeteer with a deaf puppet that moved its hands to communicate through sign language. The puppet was declared the winner, but without the puppeteer, and suddenly turned into a real dancing man with circus tricks.

Throughout the whole show the entire audience seemed to just sit on the very edge of the seats, welcoming every new act and joke. Little kids, adults, New York residents and visitors were all having fun, not hiding their excitement and whispering to each other, sharing the exhilaration and anticipation of every new number. There was a real circus feel to the show, almost as a trip to a previous era, with real acrobats, real clowns, real props, dancing and singing.

After the marvelous gymnastics Banana Shpeel entered a purely theatrical stage. Claudio Carneiro, the Brazilian mime, put on a hilarious and thoroughly entertaining show. Pulling a female member from audience, he mimed taking her on a date. There was a car trip to a restaurant, a romantic dinner, and of course, a dying waiter at the end of it all.

The show’s ending was all about Marty Schmelky thou. His uncontrollable temper, yelling at cast members, firing people and acting in an overly eccentric manner resulted in some unrest, while stopping shy of mutiny. Unexpectedly he commits to changing his ways but the soft and understanding Schmelky is also an ineffective Schmelky. Quoting Buddha and toying around with clowns proves to be a poor management technique in that world. More importantly, Schmelky himself can’t pretend for too long. Eventually breaking down and explaining his crude attitude due to a broken heart, he suddenly finds out that his secretary, Margaret, has been in love with him all this time. Craving love, he readily accepts Margaret’s advance, exchanged love words with her, gets married and departs on a honeymoon, leaving the circus production behind.

Despite the lack of a rehearsed plot, Banana Shpeel is a show worthy of its every minute. The comedy of the show is worthy of the trip itself. Combine it with the unbelievable circus acts, warm family feel to the cast and the authentic stage presence and this becomes another winning Cirque du Soleil production. 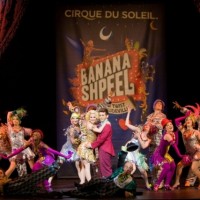 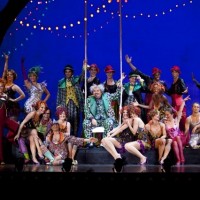 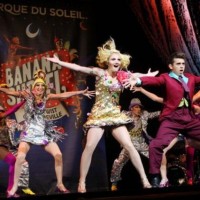 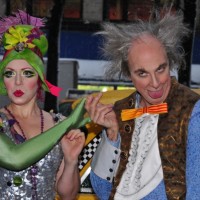 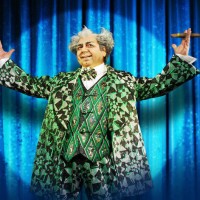 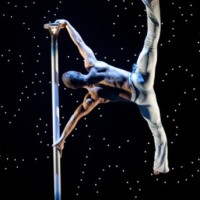 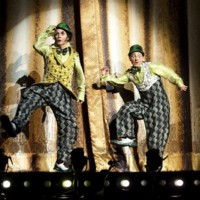 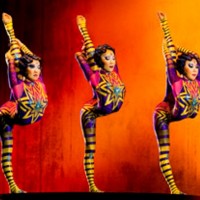